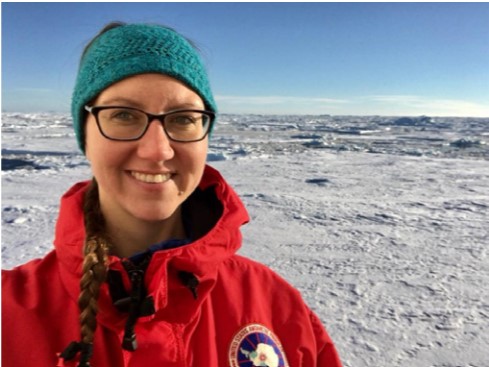 Abstract: Polar ecosystems are facing unprecedented environmental changes, most rapidly in The West Antarctic Peninsula and Barents Sea regions. These are both highly productive shelf ecosystems with strong pelagic-benthic links that support abundant and diverse benthic communities. Future climate conditions are predicted to impact these communities through several bottom-up processes, three of which will be considered here; enhanced sedimentation, changes to the timing and magnitude of particulate organic carbon flux, and alteration of water mass properties affecting circulation. We find contrasting responses to glacial sedimentation among components of the benthic community and between polar ecosystems. Benthic feeding by detritivores was seasonally decoupled from overlying productivity which affected population-level carbon cycling rates. Finally, at the metacommunity level, complex water mass structure on polar shelves can contribute to ecological isolation and accounts for some of the spatial variability in benthic community structure. Future work in the Barents Sea region using a space-for-time transect framework will provide a greater understanding of current structure and function of Arctic benthos that is critical to predicting the impact of future environmental changes. 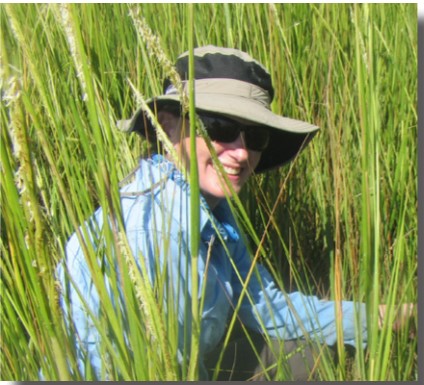 Abstract: Climate change is driving landscape-scale shifts in plant species distributions and abundances, subsequently altering ecosystem structure and function. Such shifts are occurring along the Texas Gulf Coast (USA), where increases in temperature minima have led to mangrove encroachment into salt marsh wetlands. Partly in response to this regime shift, coastal managers in this region have increased the use of black mangroves (Avicennia germinans) in restoration projects. However, it is unknown if this adaptive approach will yield appropriate ecological outcomes. Here, I synthesize results from a series of surveys and field experiments that quantified some ecological consequences of mangrove restoration or establishment in novel areas. Generally, marsh plant cover and diversity were inversely related to mangrove cover. Benthic epifauna, nekton, and shorebird assemblages were distinctly different between marsh and mangrove stands. Mesocosm studies revealed that diets of mangrove leaves reduced basal consumer fitness. In addition, mangrove aerial root structures decreased predation success on shrimp and snails. Mangroves increased aboveground carbon but did not substantially increase overall carbon retention in the soil. Mangroves reduced coastal erosion rates. Overall, this synthetic body of work demonstrated that salt marshes and mangroves support different plant and animal assemblages, and that planting mangroves in novel areas is likely to cause complex changes in ecosystem processes. 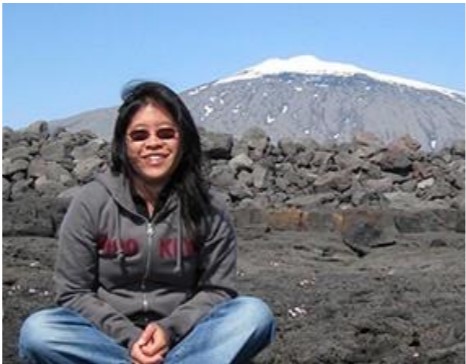 Abstract: I am an Associate Research Professor in the Department of Marine and Coastal Sciences at Rutgers University. I received my undergraduate degree from the University of California, San Diego in Biochemistry and Cell Biology, a Masters in Biology from Stanford, and a PhD from the Scripps Institution of Oceanography under the guidance of the late Mark Hildebrand. I then went on to do a postdoc at Rutgers with Dr. Kay Bidle before being promoted to the research faculty. My main research interest is on the molecular ecophysiology of eukaryotic marine phytoplankton, with a particular interest in diatoms. As the largest group of siliceous organisms in the ocean, diatoms form the primary link between the carbon and silicon (Si) cycles, dominating the biological pump and driving the sequestration of atmospheric carbon into the deep sea. With an obligate requirement for Si for cell wall formation, the availability of dissolved Si drives, to first order, global diatom distributions and productivity. Using a combination of field- and laboratory-based approaches, we have been exploring the dynamic role that viral infection of diatoms plays in mediating Si availability and cycling through host mortality and lysis. Our most recent work demonstrates that nutrient regime can play a significant role in driving diatom host-virus dynamics with silicon limitation accelerating infection and host mortality (Kranzler et al., 2019, Nature Microbiology) whereas infection under iron limitation appears to prolong lysis and death (Kranzler et al., in review). The implications of these scenarios on the viral ‘shunt’ – diverting particulate organic matter away from higher trophic levels and back it into the microbial loop – versus the viral ‘shuttle’ – facilitating carbon export through processes that stimulate sinking – will be discussed. 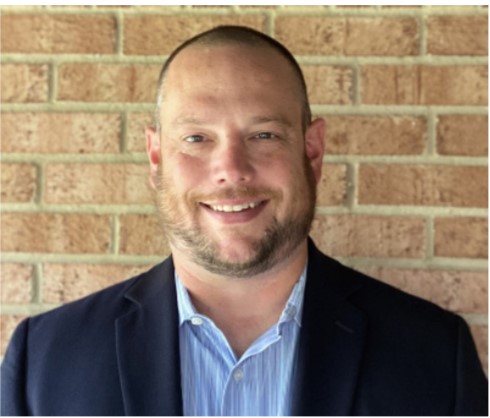 Environmental assessment: How do we translate advancements in marine ecology and chemistry to decision-makers?

Research Statement
Environmental issues on the Texas coast are not dissimilar to issues impacting coastlines elsewhere in the United States and around the globe. Loss of habitat, coastal erosion, and water quality issues impact not only biodiversity and the ecology of coastal regions but also have clear impacts on economic prosperity and the health of people and communities. Many of these over-arching issues also have consequences for environmental contaminants in coastal systems. Water quality is directly affected by chemicals discharged into marine environments or by freshwater inputs.  Freshwater inputs along the Texas coast often originate in or include heavily urbanized watersheds such as Houston or Dallas thus carrying chemicals far from their original source. However, other stressors associated with water quality (nutrient status and hypoxia for example) can act as secondary stressors in combination with chemical contaminants. Erosion and associated processes alter biogeochemical cycles; sometimes mobilizing or increasing the bioavailability of previously sediment-bound chemicals. Loss of habitat and biodiversity can alter the transport of food web-borne contaminants as well as act as a secondary stressor inhibiting the ability of a species to recover or mitigate the effects of chemicals.
I am an environmental toxicologist studying the effects of chemical contaminants on aquatic ecosystems; both marine and freshwater. My research draws upon the fields of toxicology, physiology, chemistry, and ecology to understand how chemical contaminants are transported through ecosystems and the mechanisms by which they elicit effects. I couch my work in the One Health paradigm. One Health links environmental quality to human health, economic benefits, and social justice. While I have experience working with a wide variety of compounds and taxa, my research can generally be grouped in two categories:
(1) Toxicological impacts of petroleum: Polycyclic aromatic hydrocarbons (PAH) are composed of fused benzene rings and are the major toxic constituent of crude oil. They are released into the environment through the combustion of fossil fuels as well as accidental spills. PAH are known to act on a range of physiological systems. Interestingly, PAH are also known to be phototoxic; that is, under ultraviolet radiation, the compounds become far more toxic (up to 1000x) via an oxidative mechanism. This is particularly important in surface waters or in oligotrophic aquatic systems where ultraviolet radiation may penetrate several meters. My laboratory served as the lead for phototoxic assessment during the Deepwater Horizon Natural Resource Damage Assessment and published numerous papers describing the sensitivity of Gulf of Mexico invertebrates and fish to PAH phototoxicity. This resulted in a model which incorporates PAH composition and potency as well as metrics of UV exposure to predict toxicity. We were then able to use field-collected UV exposure data combined with measured PAH concentrations in the GoM to demonstrate that the Deepwater Horizon spill likely impacted early lifestages of numerous species at very low PAH concentrations.
We have also examined the impacts of PAH on fish visual function which is critical for survival. Transcriptomic analyses identified the visual system as a potential target of PAH in developing embryos. We published a series of papers showing that mahimahi, red drum, and sheepshead minnows exposed to PAH during early development and then grown in clean water had impaired visual function using an optomotor response. Using zebrafish as a model, we were able to link altered gene
expression in PAH-exposed fish to a loss of glial cells supporting the neuronal network in the eye resulting in reduced optokinetic function. Most recently, we have demonstrated that PAH may also impact the vision of older fish exposed to both oil and ultraviolet light by increasing oxidative stress and apoptosis in the eye.
(2) Impacts of foodweb-borne chemicals: Chemical contaminants transported through the foodweb have important implications for both ecological and human health as well as economic impacts based on seafood quality. Chemicals transported through the foodweb have the potential to reach toxic concentrations in species occupying high trophic positions. These effects may occur in adult organisms or their offspring via exposure in ovo or in utero. My laboratory has worked with a variety of these compounds including methylmercury, polychlorinated biphenyls (PCBs), organochlorine pesticides, and polybrominated compounds (PBDE). We have examined the movement of these compounds through both marine and freshwater food webs demonstrating that concentrations of methylmercury, for example, in wild fish are within range of those that are known to cause effects in the laboratory. We have shown that the dopaminergic system of fishes exposed to dietary methylmercury is disrupted; this effect is also observed in the offspring of those fishes. Metabolomic profiles of these fish are similar to profiles observed in Parkinson’s models. More recently, we are examining the effects of PCBs on fish neurological development in an effort to quantify potential impacts of the compounds at Superfund sites. We have shown that fish embryos exposed to the PCB mixture Aroclor-1254 develop tremors, exhibit abnormal behaviors, and suffer from latent mortality weeks after hatching. Transcriptomic analyses using RNA-Seq identified neurological and neuromuscular disease as the major affected pathways in these embryos. We are currently conducting long-term grow out studies to examine potential latent effects (including reproduction and behavior) in surviving animals. 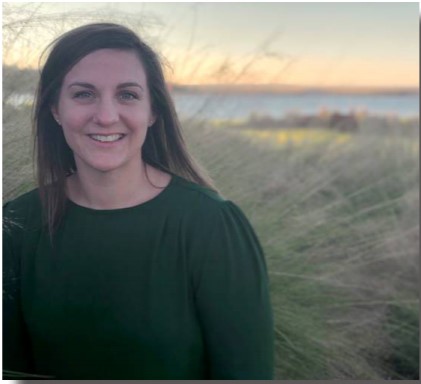 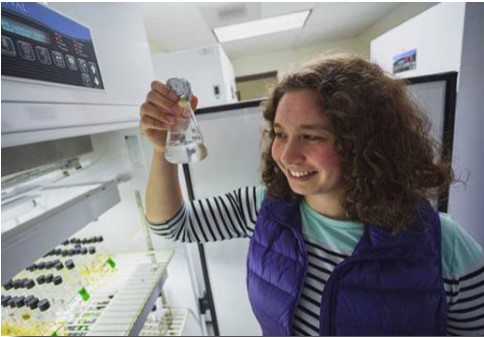 The importance of trace metals in coral-algal symbiosis 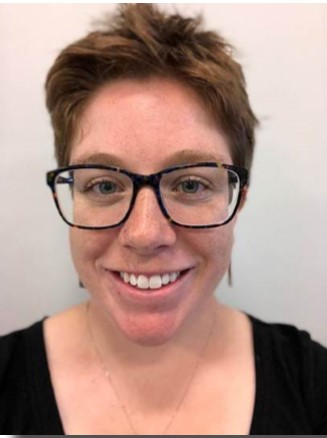 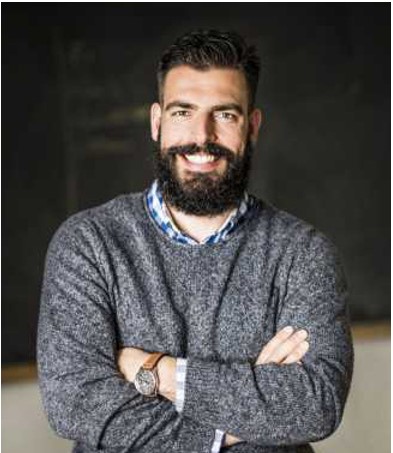 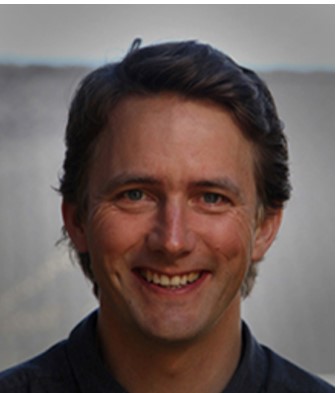 Abstract: Fear of predation may influence food webs more than actual predation. However, the mechanisms and magnitude of indirect predator effects are largely unknown in unicellular-dominated food webs such as marine plankton. We report a general mechanism of chemically induced predator effects in marine plankton. Copepods, the most abundant zooplankton in the oceans, imprint seawater with unique polar lipids—copepodamides—which trigger toxin production, bioluminescence, colony size decrease, as well as behavioral responses in a variety of marine phytoplankton. A 1-year study in the northeast Atlantic reveal that natural copepodamide concentrations are high enough to induce defensive traits in dominant primary producers when copepods are abundant. Finally we expose intact communities to direct grazing by copepods, or copepodamides without copepods, and show that the structuring effect of copepods can partly be reproduced by copepodamides alone. We conclude that copepodamides will structure marine plankton toward smaller, more defended life forms on basin-wide scales and explore the possibility to use this signaling system to forecast harmful algal blooms. 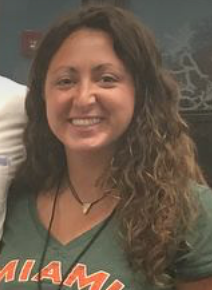 Research Statement: I am interested in the coastal and shelf ocean dynamics, with special focus on the exchange among estuary, shelf, and ocean using satellite data, in situ measurements, and numerical modelings.

Fishes, functions, and the future of coral reefs

What are eddy fluxes? Biological and chemical feedbacks from (and to) the coastal oceans 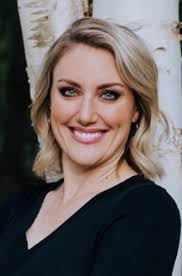 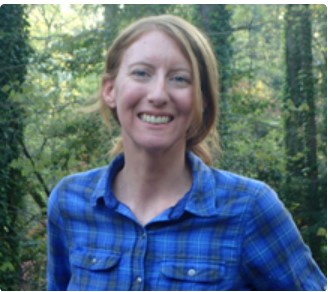 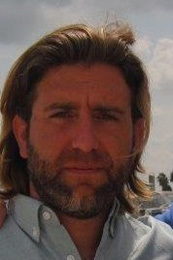 Chemical composition of Hurricane Harvey wet deposition: What was in all that rain? 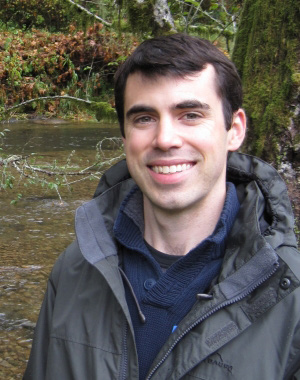 The mechanisms and implications of movement in marine organisms: from pelagic Sargassum to Pacific salmon. 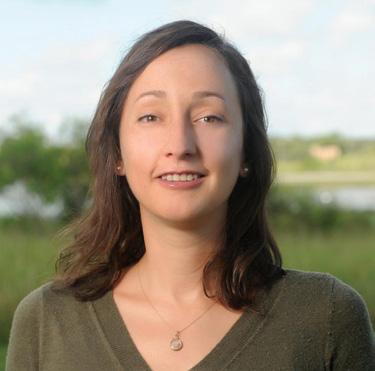 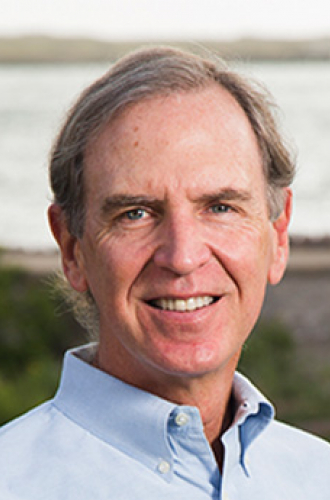