With its earliest recording dating from the mid-1940s, the Austin Symphony Orchestra collection now contains approximately 700 tapes and discs. Performances have included a wide range of internationally-known artists.

Thanks to the foresight of former UT student Reiko Tomii, when the Center for International Contemporary Arts closed in 1992, the numerous recorded interviews with and discussions of the work of Japanese artist Yayoi Kusama were saved and deposited with the HMRC. Bibliographical information can be found in the Library Catalog.

The initial transfer of the broadcast archive of the Houston Symphony Orchestra took place in 1984 thanks to then Artistic Administrator Stephen Aechternacht. Since then, additional deposits and recordings from other sources have been added, for a total of about 1500 concerts. These include transcription discs of the radio series begun in 1945 and sponsored by Texas Gulf Sulphur. It was on one of these broadcasts that Van Cliburn made his debut at age 12. Philip Moores, a Stokowski collector and head of Dellarte Records, has provided a few of the recordings from the Leopold Stokowski era. Recordings made for soloists who appeared with the Orchestra, such as Drusilla Huffmaster, a Texas pianist, and for composers whose work was featured, such as Alan Hovhaness, have also been added. The Center for American History has transferred some recordings previously in its collection.

In addition to being a radio station, KUT was for many years the hub of the Longhorn Broadcasting Network. As a result the station received tapes of numerous series from producers in the U.S.A. and abroad, including music, interviews with artists writers, and musicians, and comedy. There are series on individual composers, such as Ross Lee Finney, Clifton Williams and Don Gillis, Ernst Bloch; on jazz (prepared by Nat Hentoff); on the Beatles; on Serge Koussevitzky, the conductor of the Boston Symphony Orchestra from 1924-49; on French music; on Arturo Toscanini. Series titles include: The Art of Glenn Gould, The Contemporary Piano Sonata, This is Ragtime, The Record Hunter, Parade of American Music, and The Nielsen Centennial. Interview programs, locally produced, include Wendy Wasserstein (playwright), Paula Robison (flautist), Ned Rorem (composer), Uta Hagen (actress), Ruth Warrick (actress), and Elmar Oliveira (violinist). Comedy programs include a complete series of The Goon Show produced by the BBC, which starred Peter Sellers.

University of Texas at Austin, School of Music Broadcasts

For many years KUT broadcast a show called UT Music and Musicians, featuring UT faculty, students, and guest artists such as Percy Grainger. There are also tapes of the E. William Doty lecture series, which include presentations by Michael Tippett and Charles Seeger. In addition, the HMRC houses many of the source tapes from which the broadcasts were created. There are about 2000 items. A list of the contents of most of the tapes is available.

Focused on the classical vocal and operatic literature, the collection of Dr. Adams, contains an almost complete run of the private label recordings produced by Edward J. Smith, including “The Golden Age of Opera” series. Another collecting goal of Dr. Adams was to acquire every broadcast performance of the Metropolitan Opera. Dr. Adams also made numerous in-house recordings and thus the collection contains many unique items, especially of vocal recitals by the most significant twentieth-century singers. The New Orleans Opera area is strong and some of the material has been released on the Video Arts International label. A card index provides limited bibliographical access.

Mary Chase was a fan of Bing Crosby and collected almost every commercial recording issued. She also made 200 recordings from broadcasts from December 1948 to October 1956, though as these are on consumer-grade acetate discs their condition is poor. A typed list gives details of the contents of the off-air discs.

Donated in 1983 by Fort Worth resident Clifford Farmer, this collection of opera and musical theater recordings contains both commercial and non-commercial recordings. Highlights of the collection include unique tapes of Texas opera performances and of concerts given by the Dallas and Fort Worth Symphony Orchestras. The printed program for each performance is held as well as photocopies of cast listings. A card index provides limited bibliographical access.

Donated by Joseph Prager in 1995, this collection of 408 recordings features recordings of Jewish cantors.

Mr. Richards donated 349 piano rolls that carry repertory from both classical and popular genres. This has been supplement by a donation from the Lutcher Stark Foundation. A list is available here. 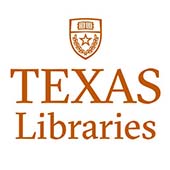