Tutorial for students in advanced Analytical Chemistry courses for majors, but useful to anyone interested in using the literature of chemistry.

What is the Literature?

The scientific literature is the collective body of knowledge that has been published since the beginning of modern scientific practice in the mid-17th century. The literature is truly vast, containing hundreds of millions of documents in all kinds of formats and languages, on every topic imaginable.  The literature's growth is exponential - one study estimates it doubles in size every nine years - meaning that the vast majority of articles out there have appeared in just the last few decades.

The literature is both produced and consumed by scientists who use it to inform their own research, which is then in turn reported for others to use. This is called the Research-Publication Cycle, an endless loop of discovery and learning (moving counterclockwise in this diagram) and knowledge dissemination (moving clockwise). 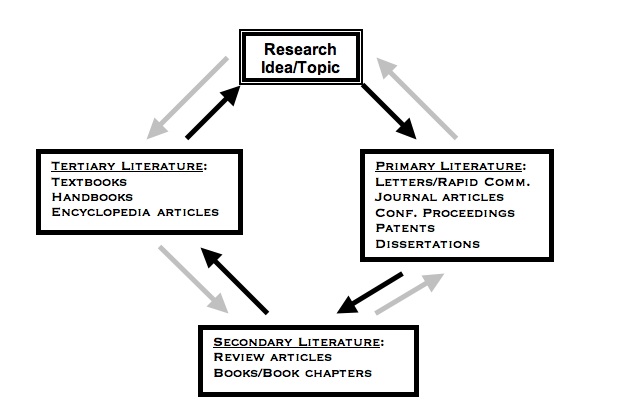