This guide provides useful print and online resources to help people doing research in the History of the United States of America, defined broadly. 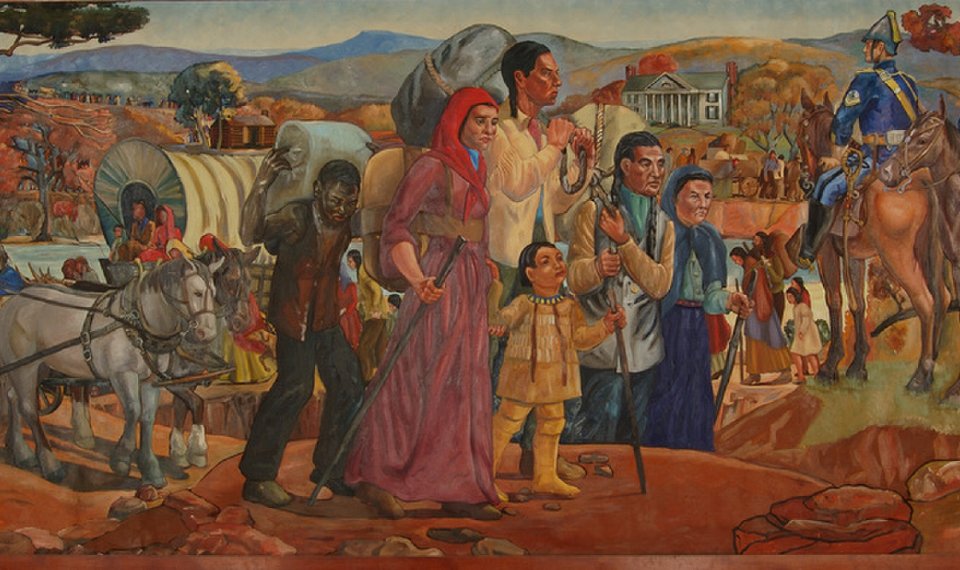 American Indians of the Pacific Northwest Collection - This site provides an extensive digital collection of original photographs and documents about the Northwest Coast and Plateau Indian cultures, complemented by essays written by anthropologists, historians, and teachers about both particular tribes and cross-cultural topics

Carlisle Indian School Digital Resource Center - The Carlisle Indian Industrial School is a major site of memory for many Native peoples, as well as a source of study for students and scholars around the globe. This website represents an effort to aid the research process by bringing together, in digital format, a variety of resources that are physically preserved in various locations around the country.

Indigenous Digital Archive (IDA) - explore, annotate and learn from over 500,000 archival documents about Santa Fe Indian School and others, all kinds of boarding school records, yearbooks, and letters.

IDA Treaties Explorer -. The US National Archives holds 374 Ratified Indian Treaties. Here you can view them for the first time with key historic works that provide context to the agreements made and the histories of our shared lands. The treaties are still relevant today as tribal leaders and lawyers continue to use them to assert their rights in court

The Invasion of America - An interactive site that maps every Native American treaty and executive order between 1776 and 1886, as originally compiled by Charles Royce in 1899. The map contains links to the original treaty text, when available.

Native American Ethnobotany A Database from the University of Michigan - a database of plants used as drugs, foods, dyes, fibers, and more, by native Peoples of North America.

Rocky Mountain Online Archive The Rocky Mountain Online Archive (RMOA) is a source of information about archival collections in Colorado, New Mexico and Wyoming. Participating institutions are expanding access to their collections by contributing to RMOA. Finding aids to collections located in all three states are available on this site to help scholars, researchers and educators discover source materials relevant to their studies.

The Bob Fitch Photography Archive: New Mexico Navajo Protest, 1974 - The phrase "Indian rolling" -- assault or murder of Native Americans by non-natives -- came into use in the spring of 1974 when three Navajos were beaten and killed by white teenagers in the town of Farmington, New Mexico. The perpetrators were sent to reform school for the crime. Organized and led by American Indian Movement (AIM) members, protests by tribal members were intense but nonviolent. Demonstrations became more confrontational when march permits were revoked or refused. In May 1974 Bob Fitch investigated and documented the murders and protests, having learned about them from Santa Fe investigative journalist Don Devereaux. Farmington is located in the southwest "four corners" region, near the conjunction of four states -- Colorado, Nevada, Arizona and New Mexico. Most of the region belongs to the Hopi, Ute, Zuni & Navajo nations. Border town racism and violent incidents continue today.

Utah American Indian Digital Archive - The Utah American Indian Digital Archive (UAIDA) is a gateway to the best resources regarding Utah’s Native American tribes. Including articles, books, government documents, tribal documents, oral histories, photographs, and maps pertaining to each of Utah’s tribes—the Northwestern Shoshones, Goshutes, Paiutes, Utah Navajos, Northern Utes, and White Mesa Utes—the archive captures the complicated history of Utah’s tribes from multiple perspectives and is the first website of its kind to incorporate such broad information regarding the native peoples of the state.

Cornell University Library Rare and Manuscript Collections: American Indian History and Culture - The Division of Rare and Manuscript Collections features significant original materials on the history of native peoples of the Western hemisphere. Thousands of rare books document Indian life-ways, and manuscript materials provide documentation of the work of anthropologists, collectors, and ethnologists.

Smithsonian National Museum of Natural History: The John Peabody Harrington Collection - The J. P. Harrington Collection of linguistic and cultural materials is one of the most remarkable holdings of the National Anthropological Archives (NAA). The collection includes documentation on over 130 languages, many of which are now highly endangered or no longer actively spoken. For many of these languages it is the best historic record; for some, it is the only surviving record. Linguists and communities interested in language revitalization consider the collection a treasure. The J. P. Harrington Collection also includes close to one million pages of notes filling over 1,000 archival boxes, plus over 200 sound recordings, some 3,500 photographs, and thousands of botanical and other natural specimens. The NAA materials are complemented by nearly 600 artifacts that also are part of the National Museum of Natural History’s Department of Anthropology collection.

Navajo Times - created by the Navajo Tribal Council in 1959; in 1982 it was the first daily newspaper owned and published by a Native American Indian Nation. Mission is to inform the Navajo people of events, news and issues of importance to them. Digital access, 1995-2013