What is Evidence Based Medicine (EBM)?

The phrase "Evidence Based Medicine" was first used by Dr. David M. Eddy, an American physician, mathematician, and healthcare analyst. In 1974 as he prepared an example for his lecture on how physicians make decisions, much to his amazement, he found very little strong evidence in the published literature to support the use of diagnostic mammography. He then searched for the evidence behind the customary treatment for ocular hypertension. He found that six out of eight trials showed that patients got worse with the treatment, plus all of the studies were of poor design. He asked himself "What in the world are physicians basing their decisions on?" 1   He submitted a paper to JAMA about this lack of evidence in clinical practice, but ultimately pulled it when there was outrage over the paper. He began using the term "evidence-based" in speeches, and the concept got a supportive push when the Evidence-Based Medicine Working Group of the American Medical Association published an article in JAMA in 1992 stating:

"A new paradigm for medical practice is emerging. Evidence-based medicine de-emphasizes intuition, unsystematic clinical experience, and pathophysiologic rationale as sufficient grounds for clinical decision making and stresses the examination of evidence from clinical research.  Evidence-based medicine requires new skills of the physician, including efficient literature searching and the application of formal rules of evidence evaluating [of] the clinical literature." 2 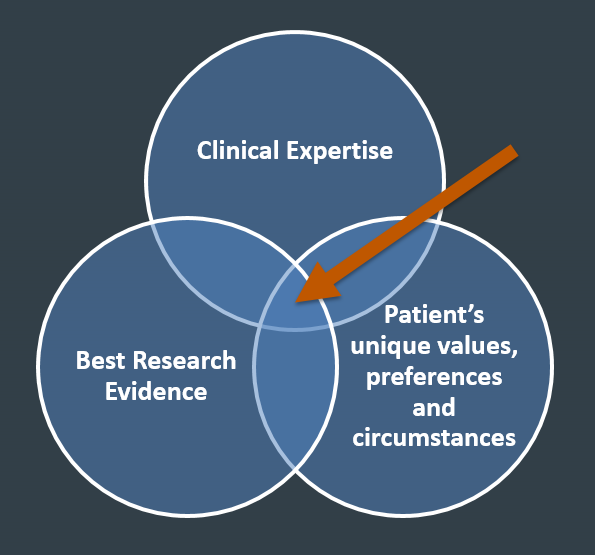