Journal impact or ranking is based on the number of citations articles receive, signifying a journal's importance and influence. Impact factors and rankings are not comparable across disciplines or databases. Impact metrics are not available for all journals. Like author impact measurements, journal impact measures can be only so informative, and researchers in a discipline will have the best sense of the top journals in their field. Keep track by measuring impact with different tools.

Note: New and emerging journals, including open access titles, may not have had time to appear on ranking or other lists.

The h5-index is the h-index but within the last 5 years. While the h-index was originally intended to be an author level metric, the h-index and the h5-index are also used for journals. Google Scholar maintains a list of the top journals by h5-index median and h5-index.

To find the h5-index In Google Scholar for selected journal titles, go to the Top Publications page.

Choose a category and subcategory.

H-index attempts to calculate productivity and citations. In the example below, you can interpret Circulation's h5-index of 176 as meaning the journal had 176 articles published in the last 5 years that had at least 176 citations. 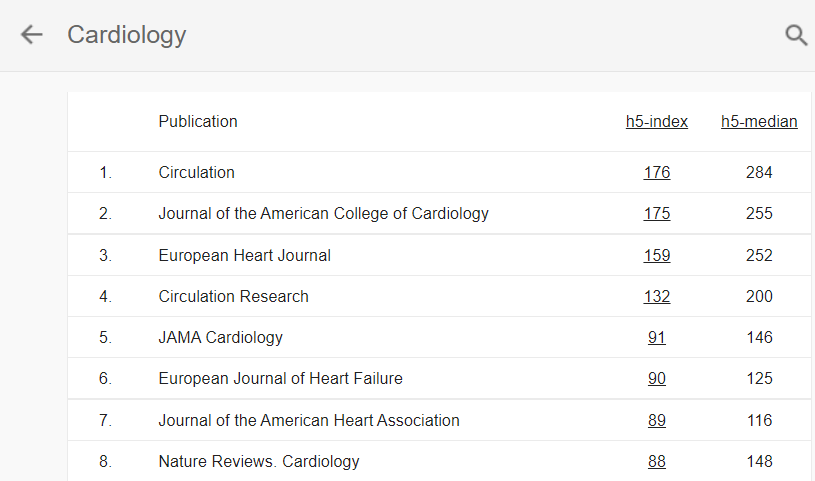 The SCImago Journal and Country Rank portal is a free online resource that uses citation data from Scopus, a scholarly research database, to provide journal impact data. It also provides rankings by journal country of origin and numerous visual representations of journal impact data.  The ranking method is based on the Google PageRank algorithm. 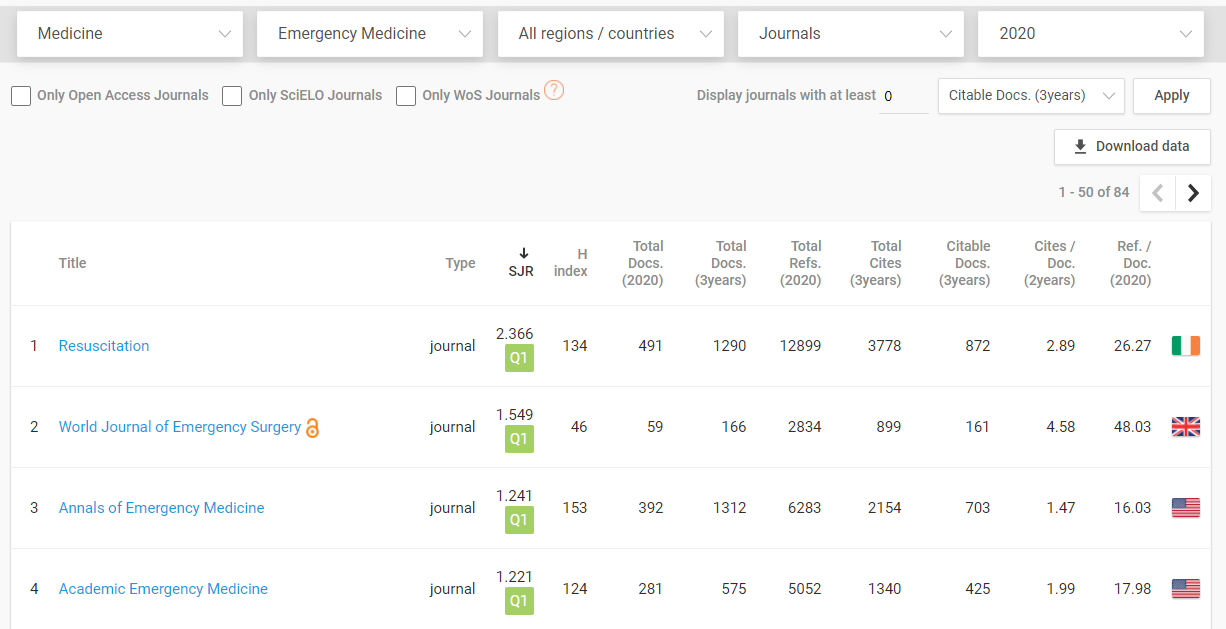 CiteScore 2019 is a metric on Scopus. It looks at the citations received in the past four years (2016-2019) and divides this by the number of publications published in 2016-2019. To find the freely available Citescore of a particular journal, go to Sources on the Scopus website. 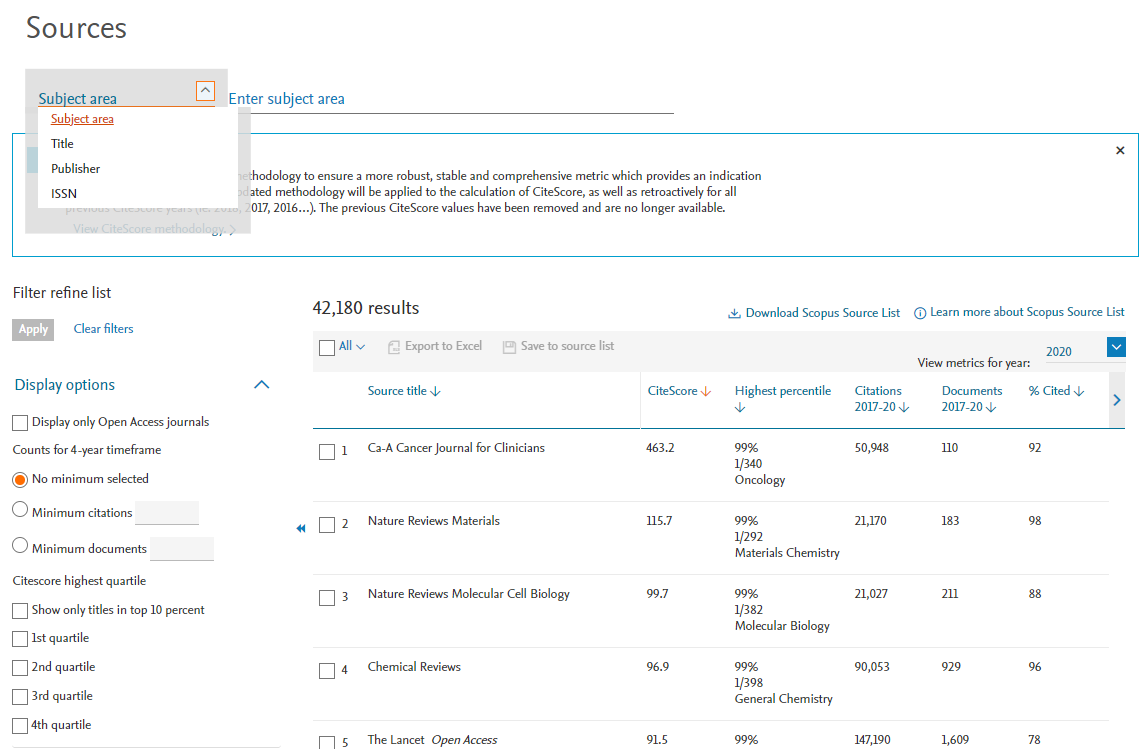 SNIP (Source Normalized Impact per Paper) measures contextual citation impact by weighting citations based on the total number of citations in a subject field. It aims to allow direct comparison of sources in different subject fields. In subject areas where citations are less likely, a single citation will raise the impact of the SNIP value.

Note: The SNIP indicator may change for current and previous years when extra journal content is added to Scopus.

Journal Impact Factor (JIF) is calculated by Clarivate Analytics as the average of the sum of the citations received in a given year to a journal’s previous two years of publications (linked to the journal, but not necessarily to specific publications) divided by the sum of “citable” publications in the previous two years. Owing to the way in which citations are counted in the numerator and the subjectivity of what constitutes a “citable item” in the denominator, JIF has received sustained criticism for many years for its lack of transparency and reproducibility and the potential for manipulation of the metric. Available for only 11,785 journals (Science Citation Index Expanded plus Social Sciences Citation Index, per December 2019), JIF is based on an extract of Clarivate’s Web of Science database, and includes citations that could not be linked to specific articles in the journal, so-called unlinked citations.

Journal Citation Reports database - Here you'll be able to search for a journal by title or ISSN to view the impact factor and to see the impact of the journal over time. This portal also enables you to compare journals and see ranked lists of journals in each subject discipline. 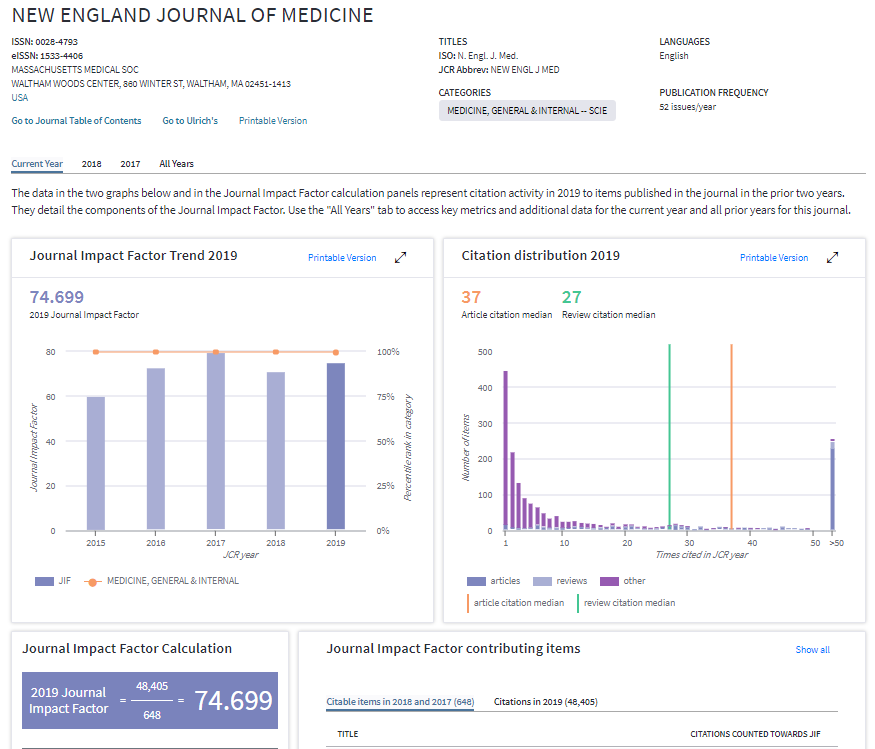 The calculation of the metric is based on the number of citations that the journal has produced over the course of the year for articles published in the prior two years. To calculate this metric, take the past three years of publication in a journal. Enumerate all of the citations that occurred in the third year for articles published in years one and two, divide the total by the sum of all citable items from the first two years and you have your impact factor for the third year. 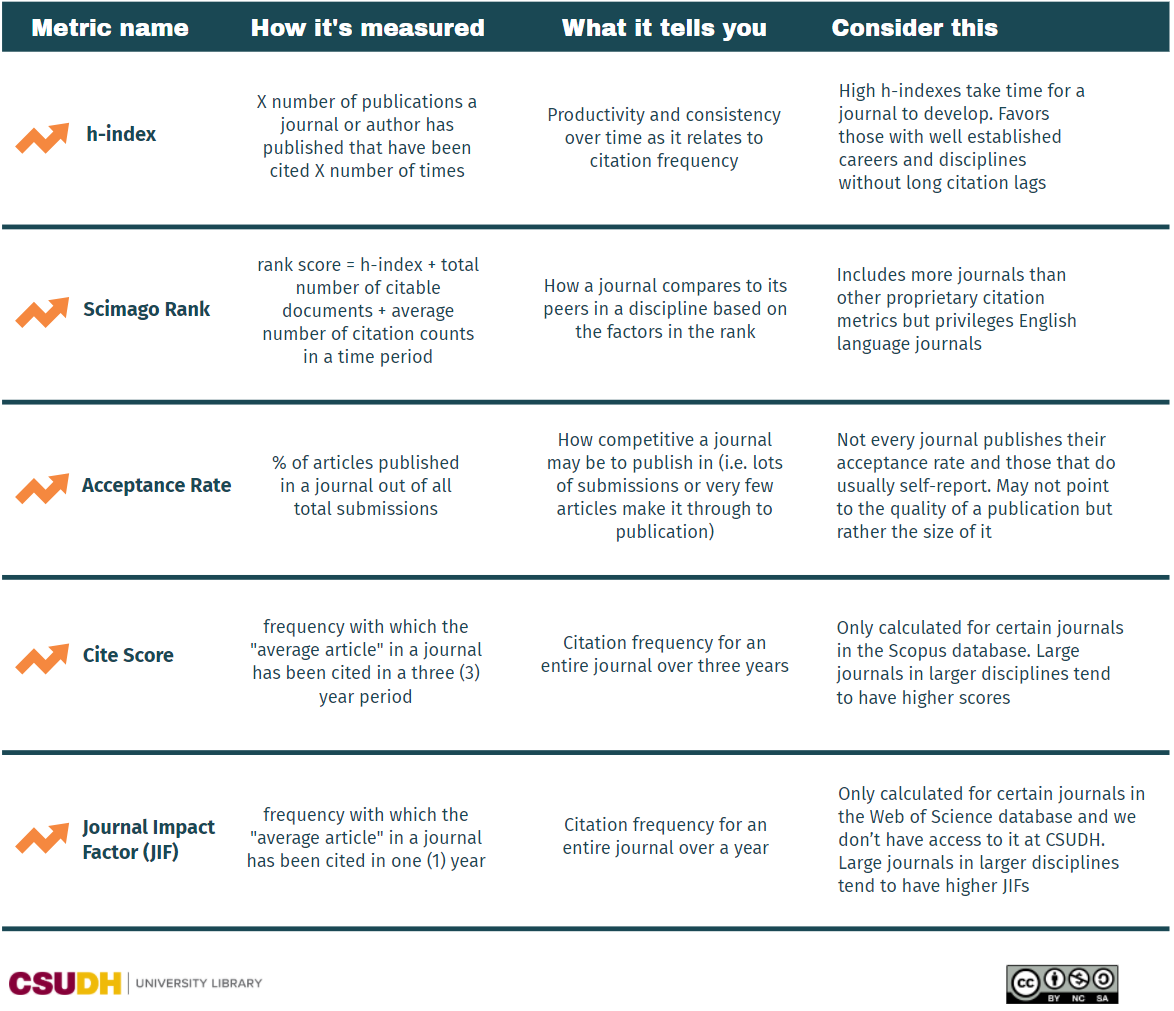 "The scientific community must not rely exclusively on the impact factors of journals . . . When it comes to judging the quality and significance of a body of work, there is no substitute for qualitative assessment. And it bears repeating that the impact factor is not an article-level metric, nor was it intended as a yardstick for comparing researchers’ scholarly contributions."